Bangalore, June 19th 2018 - King of Naga Folk Blues – Guru Rewben Mashangva’s first ‘Hau’ Music Album is underway for an international production and launch by Half Step Rock. The debut English album titled ‘Life is Beautiful’ will comprise of eight to ten original tracks, written and composed by The Guru Rewben. Hailing from Ukhrul, Manipur and with over 25 years of experience, Guru Rewben is famous for his tribal tunes and being the flag bearer of Tangkhul folk music, from
192 views0 comments 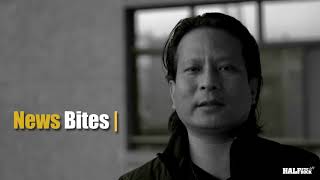 Half Step Rock, an independent record label based out of Bangalore, has this month signed-up the legendary Indian Rock Band PHYNYX, who will now, going forward, perform under a new band name ‘LEN’, with the band’s first mega album set for an international launch by April of 2018 titled ‘PHYNYX RISING’. The album will feature 10 tracks including a reworked version of the famous single ‘Woman’ from Rock Street Journal’s ‘The Great Indian Rock Vol. 2 (1997).’ Under this contract
971 views0 comments